Every being on this Earth has their own world
and every one is sure that their world is the only one
that really exists.

I think to myself:
Underneath the fig tree, in the loose soil,
lives a family of moles.

His wife and child, however, consider
Father to be a wise man.
They roll themselves up in their cosy, soft, warm fur
and are sure that they
are living in the hub of the world,
privileged above all other creatures.

Let’s have a little more fun:
In the grass at the edge of the field
two ladybirds are strolling through the clover
content after a good meal
and philosophising about the limits of existence.

One of them, his brow furrowed in thought,
starts thinking aloud:
“Might there not be creatures in the world
that are utterly different from us? Bigger? Stronger?
Wise and powerful? Humans, maybe?
Or whatever you want to call them.”

The other beetle laughs so hard that the blade of grass quivers.
“Humans? Are you kidding?
Have you ever seen one?”
“No, never seen any,” admits the first, abashed.

And they conclude that there can’t be any humans
as there’s no proof of their existence.
“The truth is,” says the second insect,
“that nothing exists unless you can see it
and hear it and count it and define it,
and above all else, eat it.”
And they turn their smug attention
to their dessert.

Strange, how obediently we follow
When we listen to our experts.
Day after day we let ourselves be persuaded
That our world goes no further
Than what can be reduced to figures,
theorems, proofs.
We let them tell us: a different world,
A spiritual one maybe, spiritual beings,
Even a God – that’s all wishful thinking.

We let them wall us in.
We say: no one is free.
We are all shaped by our genes.
Our job maps our path.
We are fixed, we say,
and freedom is a dream.

But maybe we could be freer than we think
If we opened our eyes –
Both in our heart and in our spirit –
Maybe we could cross all borders
Drifting with the white clouds
Across the blue of an endless heaven.

Broad, blue to the horizon, lies the fjord
Hemmed in by distant mountains.
Stretching as far as the eye can see: water, rocks, sky,
Blurring in the mist of the distance.

For where the inward things end
is where a new, boundless world begins.
An ancient legend tells of a river
that runs around the edge of the world, and it says:
Look beyond! There, too, is truth!

This is my rendering of the first poem by Jörg Zink in his little book “Unter weitem Himmel”, a beautiful collection of poetry and photographs, with a positivity frequently absent in the literature of these present times.

It’s over five years since I exultantly bought this lovely book for just one cent (plus postage) – a tale I recounted here – and I really don’t know why it has taken me so long to get around to putting these poems – which are really one long reflection – into English. His website, in German, can be found here: https://www.joerg-zink.de. He lived to be 93, and was a very prolific author so I’m sure I can’t be the first person to translate any of his works into English. However, Google is letting me down in this instance by only bringing up German results for me. Never mind: that means I can get on with putting these into English without having to compare myself with people far better than I am, which can be intimidating as well as challenging.

I have two other poems on this blog that are my translations of Zink’s originals, here and here. Both of these come from the same source, Unter weitem Himmel. I don’t want to infringe anyone’s copyright, so any images included are mine. We don’t have many fjords here in Switzerland, and I haven’t been to Norway, so at present I don’t have a suitable photo to accompany this poem. Perhaps my daughter can oblige, since she has been there?

When I gaze into the sun
Half veiled by a cloud
Mayhap its full
Round shining spreads out into a coloured ring
Like the glory around the throne
Of the Christ figure in Mistra.


When I fly above the clouds
I can also see that glory.
Beneath me, opposite the sun,
The same ring lies in the clouds,
My shadow resting in its centre.

When I fly through rain
While the sun is breaking through the clouds
I see the great rainbow
That I know so well from the Earth,
But now I see it as a full circle.

I flew a lot in my youth
And this truth has stayed with me all my life:
The rainbow is a full circle
And we see only half of it
Because the Earth is too close.

This has stayed with me:
All clouds are brilliant white;
Dark clouds are only clouds in shadow
But above every dark cloud there is light.

I have mentioned Jörg Zink before, here and here . This is another of my translations of one of his poems. For more information on Mistra, click here.

We all know about the clouds’ silver linings, but did you know that the rainbow is really a circle and not just an arc? Too often, the things of earth just get in the way and prevent us from seeing so many lovely truths.

Oh frabjous day! Callooh! Callay! He chortled in his joy …

Way back in 2011, when I first started blogging, a photo I had taken of a wall in a vineyard reminded me of a translation I’d made of a poem by Jörg Zink, and I posted it here. At the time, I didn’t remember where I’d read the original German poem, and was frustrated by the fact that without it, it was difficult to polish my English version. Over the last few years I’ve browsed the Internet occasionally but never found the German poem. However, last week I suddenly discovered that at the age of 90+ Jörg Zink had launched a website , and there was actually a “Contact” button. So on the off-chance I sent an e-mail asking where I could find the elusive poem.

To my delight, I received a reply the following morning from the author’s son, telling me that it was in a collection called “Unter weitem Himmel”. (Hurrah!) Sadly, this was now out of print (Boo-hoo!). However, it might be available second-hand (Hurrah!). Yes, there it is on Amazon, at the amazing price of 0.01 €. (Hip-hip-hip Hurrah!)

Of course, there’s postage to pay, but I don’t think I’ve ever paid so little for such a longed-for book. At last I can hone my version in the light of the original, and – Callooh! Callay! – there’s a wealth of gold for me to mine here, as I shall now endeavour to render the rest of the anthology into English. It will make a pleasant change from wrestling with Nelly Sachs’ tortuous syntax and excruciating themes, and I’m looking forward to this new challenge I have set myself.

Rummaging around in old back-up directories and files I came across this, which is my translation of a poem by Jörg Zink. I have been trying to find the original, so that I can hone my version, but so far to no avail. Can anyone help?

Sometimes,
when I see a carefully contrived wall
running around a house or along the lane
– like this wall here –
I wonder.
So many of the walls holding us back
are of our own building.

Oh yes, we all have walls
that we haven’t erected ourselves:
that limit our talents,
skills and strength.
But we, too, are confined
within the spirit of our age:
each thinks as others think
or as one is supposed to think –
and it is easy to mistrust our feelings
and our innate grasp of the truth.


Yet beyond every wall there lies
another plot of land
and paths leading on
over fresh hills.
Above every wall there is an expanse of sky
and clouds pass unhindered to and fro.
And let no wall fool you into thinking
that it marks the end of the world. 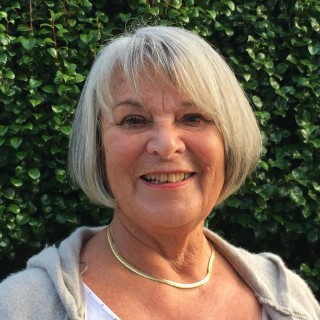 There are no facts, only interpretations. - Friedrich Nietzsche. The truth I think that validates everything you have to say.

When the Soul Cried Out for Meaning

No distance of place nor lapse of time, can lessen the friendship of those who are thoroughly persuaded of each other's worth.

The curated news-blog of a wizened septuagenerian

I'm a retiree in his seventies. That may not be significant to many, since there is a bunch of us Baby Boomers around. However, in the year 2,000, when I received a diagnosis of Multiple Myeloma, I expected to be dead in three to five years.

My occasionally weird life in France