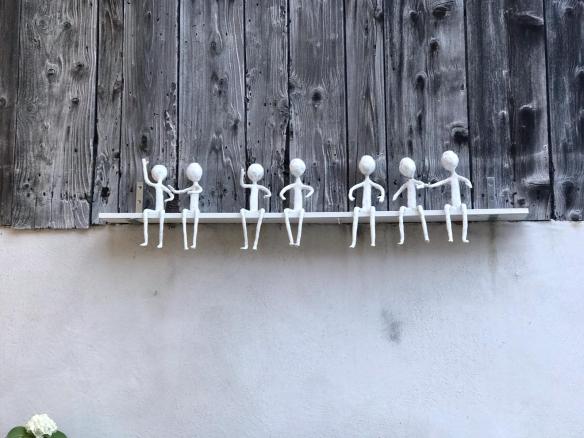 I had an e-mail this morning from Phyllis, a lovely lady I have met only a few times, the mother of an old friend in California, in reply to my birthday greetings. She has had a very active life as the wife of a sometime missionary to the Navajo, involving relocating many times and bringing up four children, although since her retirement to a quiet Californian suburb things have been less hectic. Her husband died just after their 70th wedding anniversary and she has now been a widow for several years. On 9 February, she celebrated her 101st birthday.

The fact that she is e-mailing at 101 is in itself quite a feat. She writes, among other things:

“Yes, it was another milestone for me…. why the Lord keeps me going, only He knows.

I do have lots of prayer requests asked of me, family and friends, so that keeps me out of mischief….”

I’m sure that this is one of the secrets of longevity, quite apart from genetic and environmental factors. My own mother died three months short of her 101st birthday, and I am convinced that had she been in her own home, where she had a sense of purpose and a raison d’être, she would have survived at least those three months, possibly more, in spite of her physical deterioration which I believe was hastened by being in a care home where she felt useless and isolated.

Phyllis, on the other hand, is still living with one of her sons in her little one-storey house with long-time neighbours and friends not far away. She has had mobility problems for a very long time, but her children and grandchildren visit regularly, take her out and keep her involved in family and Church life. However, the primary factor in her survival, I’m sure, is that her life has a purpose: as an intercessor, she focuses on others.

Unlike many old folk whose attention centres on all their own aches and pains and inability to do what they used to be able to, Phyllis concentrates on bringing others’ troubles before the Lord and handing everything over to Him. I’m sure she sees lots of her prayers answered, and that encourages her to continue in her task, which “keeps her out of mischief”.

I doubt whether Phyllis has read much about the scientific research that has gone into the subject, but she is living evidence for the power of altruism. Long may she continue, and God bless her abundantly!